Dedicated to the Conservation of Orangutans and their Rainforest Homes

by Caillie Mutterback at Mongabay.com

The proposed extension of an industrial area in East Kalimantan, Indonesia will likely mean the end of a population of rehabilitated orangutans who reside there, according to the Indonesian environmental group Peduli Teluk Balikpapan. The Kariangau Industrial Area (KIK) will comprise 5,130 hectares of land currently covered by hardwood forests and mangroves when completed, including one third of orangutan habitat in Sungai Wain forest—a crucial portion that is not within the boundaries of the Sungai Wain Protection Forest and therefore not under any governmental protection. Though the expansion has not yet been finalized, two companies—PT Dermaga Kencana Indonesia (Kencana Agri Ltd. Group) and PT Mekar Bumi Andalas (Wilmar Group)—have proceeded to clear forest and reclaim mangrove swamps in areas still classified as protected in order to build crude palm oil mills near Upper Balikpapan Bay.

Although not necessary to save the species, the extinction of these rehabilitated orangutan would be a serious loss for orangutan conservation efforts everywhere. 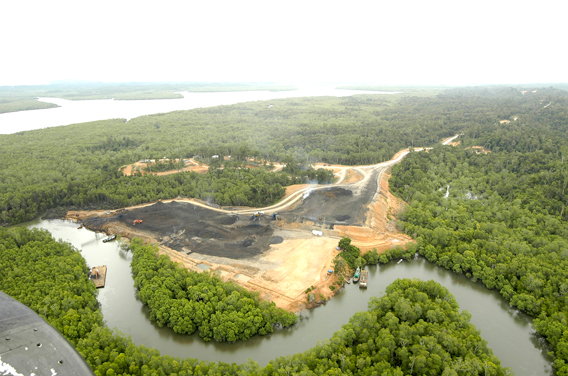