Dedicated to the Conservation of Orangutans and their Rainforest Homes

Last year, The Orangutan Conservancy provided funding for Sintang Orangutan Center (SOC) to purchase an X-ray machine for their clinic and rehabilitation center in West Kalimantan.

At the core of SOC is their rescue, rehabilitate, and release program for injured and/or orphaned orangutans in Southeast Asia. A large part of this effort relies on their ability to adequately assess and diagnose their patients upon arrival and monitor their medical care throughout their stay.

In late March, Sintang Orangutan Center was able to upgrade their power supply from 1,300 watts to 23,000 watts to appropriately power the X-ray machine at the Jerora Clinic. The installation of the X-ray machine was then able to be carried out one week after this power implementation.

SOC also was able to install lightning protection around the clinic to avoid lightning strikes on and around the clinic building during the rainy season. This installation consisted of three copper rods (5 meters long) placed underground in a triangular shape and some conical copper faceted on the clinic’s roof.

After the power installation and lightning prevention equipment were completed, the X-ray machine installation was able to commence. This process took place from April 2nd to April 6th but was unfortunately delayed for four days. This delay was due to electrical issues with the main voltage and exposure capacity, which caused the X-ray machine to be limited along with causing errors with the machine.

Once the machine was finally installed and the exposure capacity was fixed, SOC was able to carry out its first X-ray on an adult male orangutan named Matuari. Matuari, who is one of the largest orangutans at the Jerora Forest School (78 kg), was X-rayed for his chest/thorax and left arm. The chest/thorax X-ray was unsuccessful due to Maturai’s size, but the X-ray on the arm came back clear, leading the team to believe that the machine is best used for orangutans weighing under 75 kg.

On February 4th, 2022, electricity, iron poles, and cable lines were installed. These poles spanned around 1.1 km past the Jerora clinic. As of February 7th, the electricity network became ready to be electrified by the government electricity company. SOC estimates that the electricity will be up and running by the end of March. 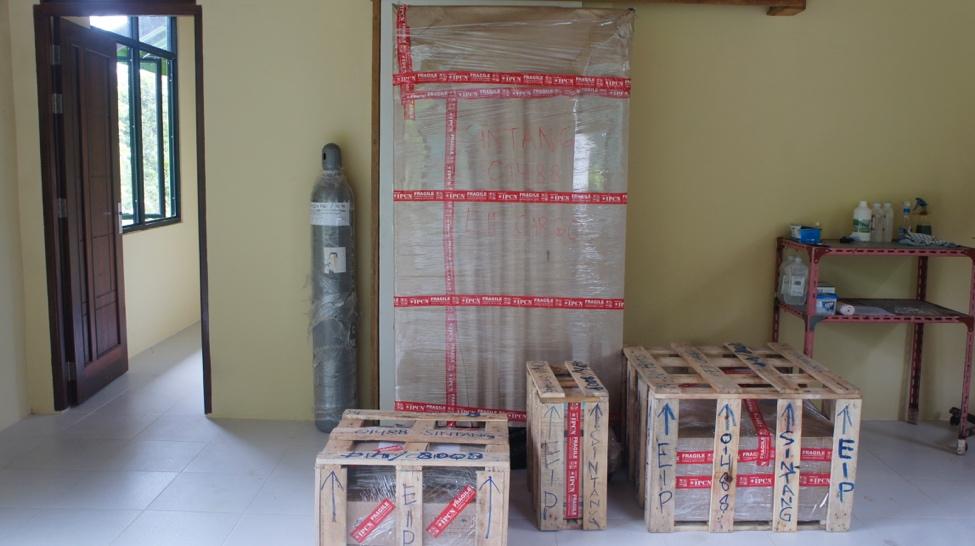